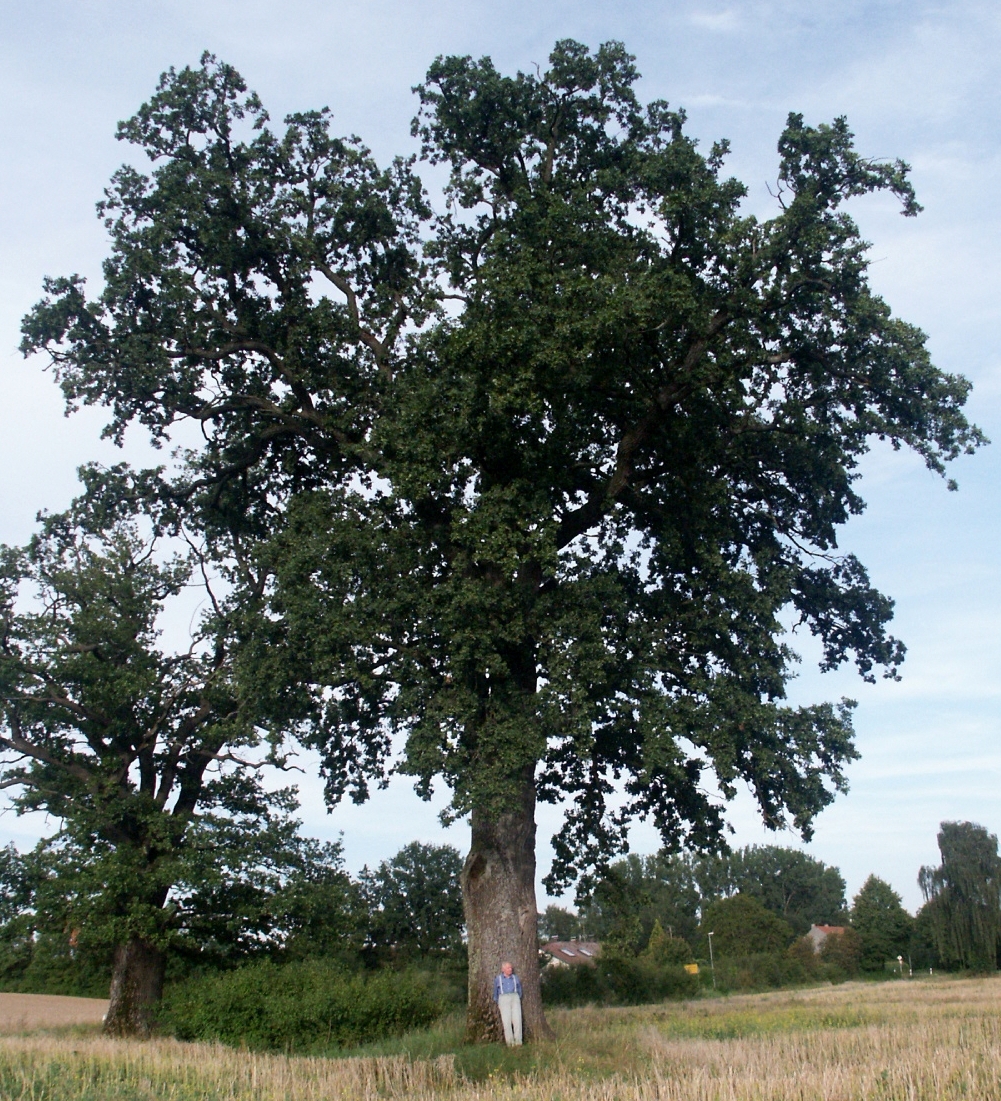 I have a big oak friend near my daughter’s house in the Dachau backlands with a trunk circumference of five and a half meters. When I realized that I could talk to her when I looked at a picture of her, I asked her how she was doing. Bad – she answered. There were problems with the farmer on whose field she is standing – she is also under nature protection, and I helped her once. Then I asked her if I had to come?

Rock crystals and amethysts work best. 3 pieces placed in the root system near the trunk at the main roots. One with the tip pointing downwards, e.g. an amethyst, one pointing outwards and one inwards…. then it works. Even very small crystals will do, but they should be activated before, at least in a singing bowl. If you do that with the tensor, the trees will tell you exactly where they want to have some.