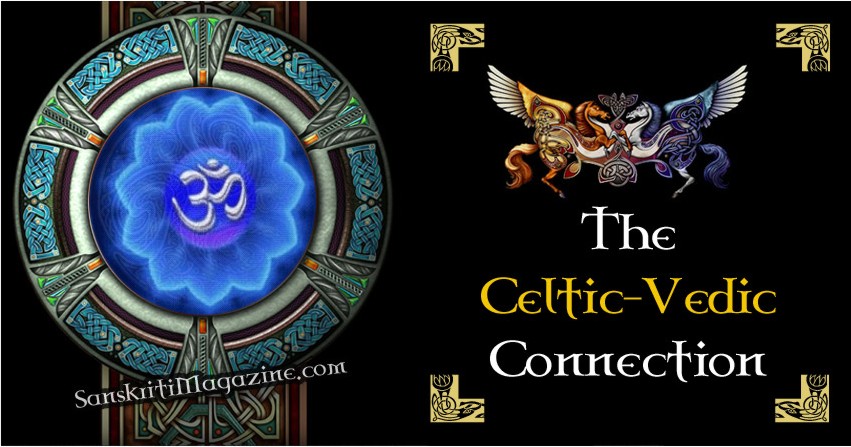 Celtic high culture spread from its centre in Central Europe throughout Europe in the first millennium BC. The combination of technology, weapons and spirituality made it superior to its neighbours. They were also outstanding farmers, road builders, traders and inventors of a fast, two-wheeled car.

After initial superiority (Celtic associations conquered Rome around 380 B.C.E.) the Celts came into the defensive from the 2nd century B.C.E. onwards. Around 50 b.o.c. they lost the decisive battle in Alesia (south France) after a seven-year, merciless war with the empire. Caesar had made it. The imperial egomania took its course….

Celtic Europe came into competition with the developing Roman Empire. This was structured completely contrary to the Celtic approach, was centralistic, monarchical and aimed at warlike expansion with subsequent exploitation of the colonies thus gained. A ruling class of the monetary nobility developed.

What was this culture, what were its roots and what made it so strong?

It is not really spread, but with the Celtic culture came a worldwide trade, not only with the European neighbourhood, no, also with Egypt, India, China, Carthage and Mycenae. Already in 1200 B.C.E. „protocoletic“ tribes secured the amber trade from the Baltic Sea to Egypt in a battle at the Tollense (Northern Germany).

It is actually quite normal that cultural elements are exchanged with the trade or at least taken note of. In the pre-imperial time spirituality was pretty much worldwide a rather holistic natural spirituality and not yet powerfully dominated by dual thinking.

The most distinguished and concentrated expression of Celticism was Druidism. Due to the famous reaction of Brennus, the leader of the Gauls on the train through Greece, when he came across the image of two Greek gods in that temple, one can be sure that the druid teachings did not allow the representation of the deity in human form. If one wants to believe Diodor of Sicily (Fragm. XXII), it is basically completely impossible that the Celts could have represented their gods in this form.

For he says: „Brennus burst out laughing at the fact that the gods had been given human forms and made of wood and stone. This passage leaves no doubt. The behaviour of Brennus shows on the one hand the rejection of a human-figure representation of the gods and on the other hand the impossibility to imagine them as human beings at all.

But then who are these divine figures who organize, fight, intoxicate, mate and kill in the mythical tales? If one thinks of the reaction of Brennus, then consequently these cannot be gods.

The Celtic culture began in its origins about 3000 years ago, it could have been much earlier. Then an unknown people, probably coming from the northeast, immigrated into Central Europe. Without any great warlike activities they mixed with the megalithic culture which was located there. A common protocoletic culture developed.

Here I want to emphasize the parallels to the Indo-Vedic culture, based on a work of Peter Tremayne (pseudonym of the English historian and Celtic researcher Peter Berresford Ellis)

It is a result of recent research that the astonishing similarities between the Celtic and Vedic cultures have been revealed.

The Celtic druids and the Brahmins of the Hindu religion show an astonishing and surprising kinship. It seems that the common Indo-European root began to branch out here about 5000 years ago. It is only in the last decades of Celtic research that the full extent of the kinship between Celtic and Vedic culture has begun to be recognized.

The Celts were the first high culture in the recorded history of the development of civilisation north of the Alps. At the time of the greatest expansion, in the 3rd century B.C.E., Celtic Europe stretched from Ireland in the west to the Turkish central plain in the east. Today’s Belgium in the north to Cadiz in southern Spain. And across the Alps to the Italian Po Valley. They were also found in Polish territories, in the Ukraine and after the amazing recent discoveries, Celtic mummies appeared in the Chinese province of Xinjiang in connection with the Tocharian texts! They even moved as far east as the area north of Tibet.

Remains of the once great Celtic civilisation can now be found in Ireland, Scotland and among the Welsh, Cornish and Breton peoples. Thus the survivors of the centuries of ethnic cleansing of the Roman Empire can be found on the north-western edge of Europe. Only 2.5 million people speak a Celtic language as their mother tongue.

But also in Central Europe Celtic minorities have asserted themselves. There are also some remnants of Celtic culture to be found throughout the entire Alpine region and far into southern Germany. And last but not least, the Celts have also enriched Christianity as a „book religion“ with the Trinity and the „Mother of God“ – otherwise this could not have been „sold“ in Central Europe.

Starting from the connection of megalithic culture, Vedic influences and also Egyptian theology and the native natural religiosity, Druidism developed – but not as „priesthood“ in the modern or imperial style. They were the intellectual class of ancient Celtic society. They were judges, lawyers, doctors, ambassadors, engineers, metallurgists and, like the Brahmins in the Vedic realm, spiritual leaders.

First the Roman imperial and later the Christian propaganda transformed them into shamans, magicians and sorcerers.

The scholars of the after all widely known Alexandrian school described them in a similar function as the Vedic Brahmins.

Seen in this light, the word „druid“ has two Celtic roots, which have their parallel roots in Sanskrit. There is once „vid“ for knowledge, in Sanskrit „veda“ and the first part „Dru“ Celtic and also in Sanskrit for immersion. Together a beautiful picture: The Druid as one who was „immersed in knowledge“?

After Ireland was one of the few areas of the Celtic world, which were not occupied by and thus up to the 5th century o.c. also not influenced by the Latin culture, one finds exactly there the largest relationship to the Vedic culture.

Harvard professor Calvert Watkins, one of the leading language experts, has pointed out that Altirische represents an extraordinarily archaic and conservative tradition within the Indo-European language family. Its nominal and verbal systems are much closer to the Indo-European mother tongue than Greek or Latin. The structure of the ancient Irish language can be compared more closely to Vedic Sanskrit or Hittite of the Old Empire.

This applies not only to linguistics, but also to legal and social customs, mythology and traditional musical form. Many traditional Irish and Welsh myths show remarkable similarities to the themes, stories and even names in the saga of the Indian Vedas. One can make almost endless comparisons.

„Danu“ was considered by the ancient Celts to be a „mother goddess“. The Irish gods and goddesses were the Tuatha De Dannan (children of the Danu). Danu was the divine water that started its journey in the great holy river Danuvius – today called Danube. Many European rivers bear the name Danu-Rhone (ro-Dhanu, Great Danu) and there are several rivers named Don. Rivers and springs were sacred in the Celtic world and places where votive offerings were given or funerals were held. The Thames, which flows through London, still bears its Celtic name, from the Tamesis, the dark river – by the way the same name as Tamesa, a tributary of the Ganges. In Sanskrit, Danu also means „divine water“ and „moisture“.

The Celtic cosmology is also a parallel to the Vedic cosmology. Ancient Celtic astrologers used a system based on twenty-seven moon houses – in Vedic Sanskrit „Nakshatras“. King Ailill of Connacht, Ireland, like the Hindu Soma, had a circular palace with twenty-seven windows through which he could look at his twenty-seven „starwomen“.

Another fascinating parallel is that both the ancient Irish and the Hindus called the planet Mercury „Budh“. The tribe budh appears in all Celtic languages as well as in Sanskrit for „victor“, „gift of teaching“, „attained“, „enlightened“, „sublime“ etc. The names of the famous Celtic Queen Boudicca (Britain, 1st century A.D.) and of Jim Bowie (Texas, Alamo, 1796-1836) contain the same root. Buddha is the participle of the same Sanskrit word – „who is enlightened“.

For Celtic researchers, the world of the druids is much more enlightening and exciting than all the inventions of the so-called modern „neodruids“. It is also of no use if they conduct their activities with great sincerity.

If we all want to live in harmony, connected with each other and with nature and the cosmos, we must not forget our Celtic heritage! The Celtic languages and culture are on the verge of extinction today. This is not a natural phenomenon, but the result of centuries of politically motivated genocide.

Today we are desperately searching for a „spiritual consciousness“ – we do not need to reinvent it! It is certainly far better to remember the ancient wisdom of the Celts and keep it intact. In doing so, the „Indian kinship“ can stand by us as a good and natural ally.

Amairgen was the „first druid“ to come to Ireland. Ellis says that in this song Amairgen has subsumed his own being with a philosophical outlook, as he appears in the Hindu Bhagavad Gita. It is also very similar to the older Sri Rudra chant from Yajurveda.

There are many more parallels between the Celtic and Vedic cultures. You can read about them in detail here: